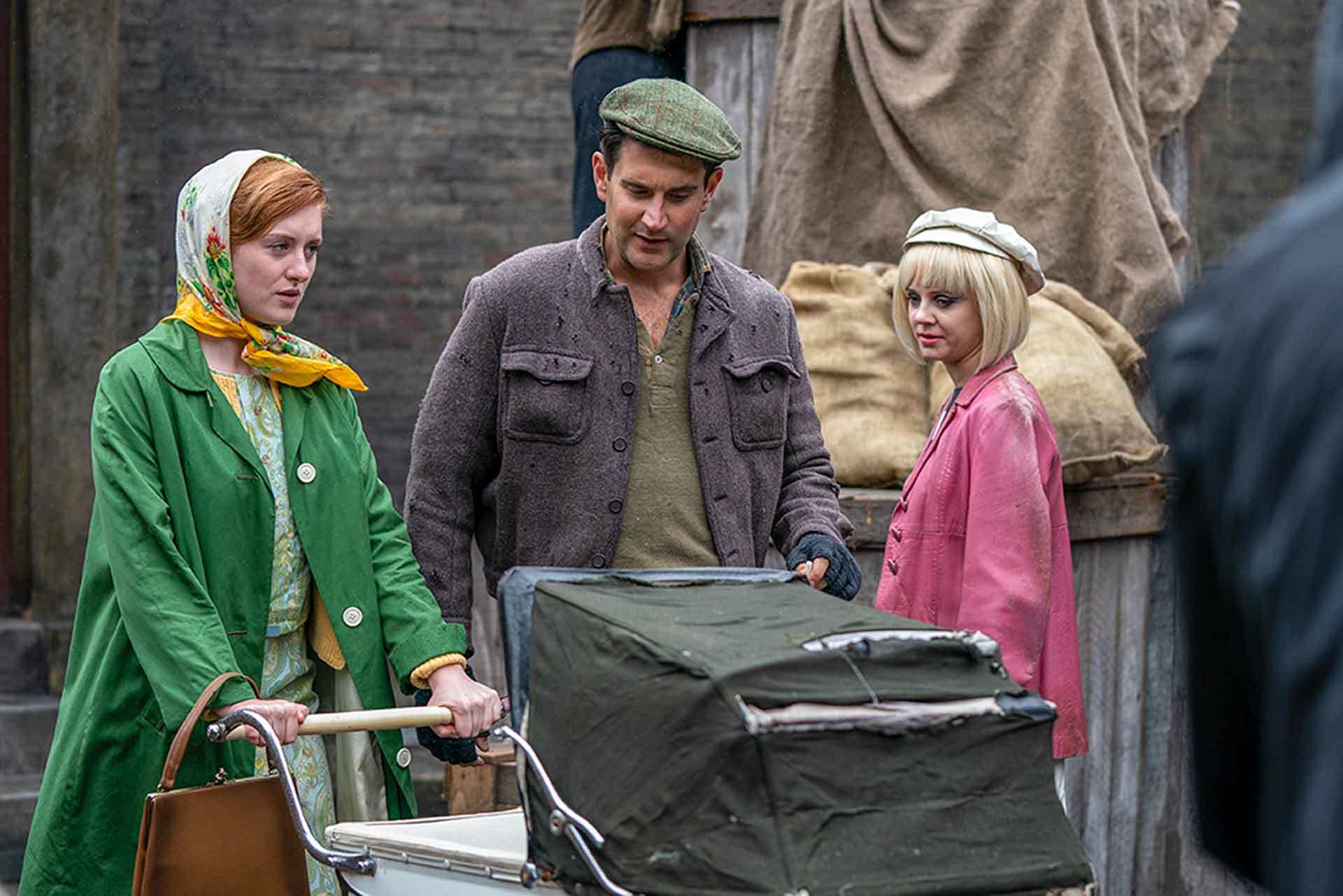 Editor’s Note: The opinions expressed in this blog post are solely those of the author.

Mothers and daughters… probably one of the most complex relationships any of us has ever known. In this week’s episode we are invited into one such relationship. I must say, regarding mothers and daughters, some of the most profound birth experiences that I have been a part of, as a midwife, were absolutely such because the woman’s mother was present. Bearing witness to a mother’s love, so raw and pure at the most basest of levels, watching over her daughter in the throes of intense labor, the mother’s only desire to take on the pain for her daughter – there is something so intensely sacred in that experience. Further, to witness the unbridled joy of a grandmother’s first glimpse of her grandchild…as the commercial says, “priceless”; there is little to compare with that. On the other hand, some of the most awkward, disconnected birth situations that I have been present for have also been so because of the presence of the birthing woman’s mother. While some mothers see the incredible opportunity, and blessing, of being present for a grandchild’s birth for what it is, other mothers will use the time to expound upon their own pregnancies and births and “how things were” when they were pregnant – in other words, they make it all about THEM.

But this episode didn’t involve a mother and daughter at birth. Instead we saw that turn of events that many of us face as we become our parent's keeper. The young woman’s mother, who had been so depended upon to make her daughter’s life function smoothly, suddenly went from giving the care to the one for whom care was needed. Like many of you may have felt, my initial impression of the daughter, as her mother begin to exhibit signs of illness, were not so warm and fuzzy. Her primary concern seemed to be mainly that she may not have a babysitter/housekeeper if her mother was not capable, and her plans for working to buy a home would be dashed. But as Nurse Dyer (Jennifer Kirby) made her realize, it was time for her to step up and be her mother’s keeper.

Another captivating facet of this episode was watching the internal turmoil that Sister Julienne (Jenny Agutter) experienced as she wrestled with not being able to change the young prostitute’s mind (and heart) about protesting her children’s pending adoption from foster care. She just “knew” that if she willed it (and helped the young woman get a job and stable living situation); she could change the course of her life. Sister Monica Joan’s (Judy Parfitt) advice to Sister Julienne on the matter was just so… well, just so Sister Monica Joan. She is absolutely my favorite character on the show; how can someone who usually seems so “out there” always be so “spot on” at the same time? She always lends such great insight (and humor) to any situation. The wisdom in the words that she spoke to Sister Julienne were profound… I usually hang on her every word (and usually have to listen to what she says a couple of times to take it all in). She helped Sister Julienne come to the realization that willing something to be is not necessarily what is “in the cards” as it were.

As badly as Sister Julienne wanted to reunite the young woman with her children, the reality is that they were in a far better situation being released for adoption.

As badly as Sister Julienne wanted to reunite the young woman with her children, the reality is that they were in a far better situation being released for adoption. The best thing for the young woman, in that moment, was perhaps not to help reunite her with her children, but to help her on her path by preventing future pregnancies. It must have been an extremely humbling experience for Sister Julienne to have to approach Nurse Franklin (Helen George) for assistance in securing birth control for the young woman; probably a very difficult task for an Anglican nun. One of the qualities I so admire about the nuns of Nonnatus who are also midwives; though they frequently encounter situations in their work wherein their faith clashes with what is right for the patient, they are able to separate their beliefs from what the patient needs. I have to imagine that, though the show is based on the life and stories of a Nonnatus midwife (Jennifer Worth), perhaps it would have been much more difficult for the nuns to do that than is portrayed in the show. In any event, I look forward to what next week’s episode brings!

Get Another Take: Recommended Call the Midwife Recaps
From Thirteen.org | The British Tele Dish
From WTTW Chicago | The Playlist Blog
From NPT Nashville | The Vanderbilt University School of Nursing Recap
From WETA Washington | The Tele Visions Blog
From WGBH Boston | Watch Drama After Darkor Read the weekly recap

The Importance of Adaptability